For Trondheim Brewery Festival July 29-31 Stolt Brewery is bringing beer with smoky malt beer traditions that are over a thousand years old.

In Stjørdal, a town and rural area 30 minutes north of Trondheim, malt beer has been brewed for over a thousand years. In the early 1900s, when national prohibition ruled, the county of Stjørdal got an exemption; people were allowed to brew malt beer, as long as they malted the barley themselves. Today, the malt houses are still found around the farms in the area, and there is a lot of knowledge among the locals about how to smoke the malt to make the very unique Stjørdal smoky malt beer.

Frida Kronberg, manager at Stolt Brewery, shares about the beer traditions in the area.

- Stjørdal is an agricultural county, so you can harvest the grain on your farm and smoke it yourself. A lot of people do this once a year in the late fall, so that the beer will be ready to drink for Christmas, she says. 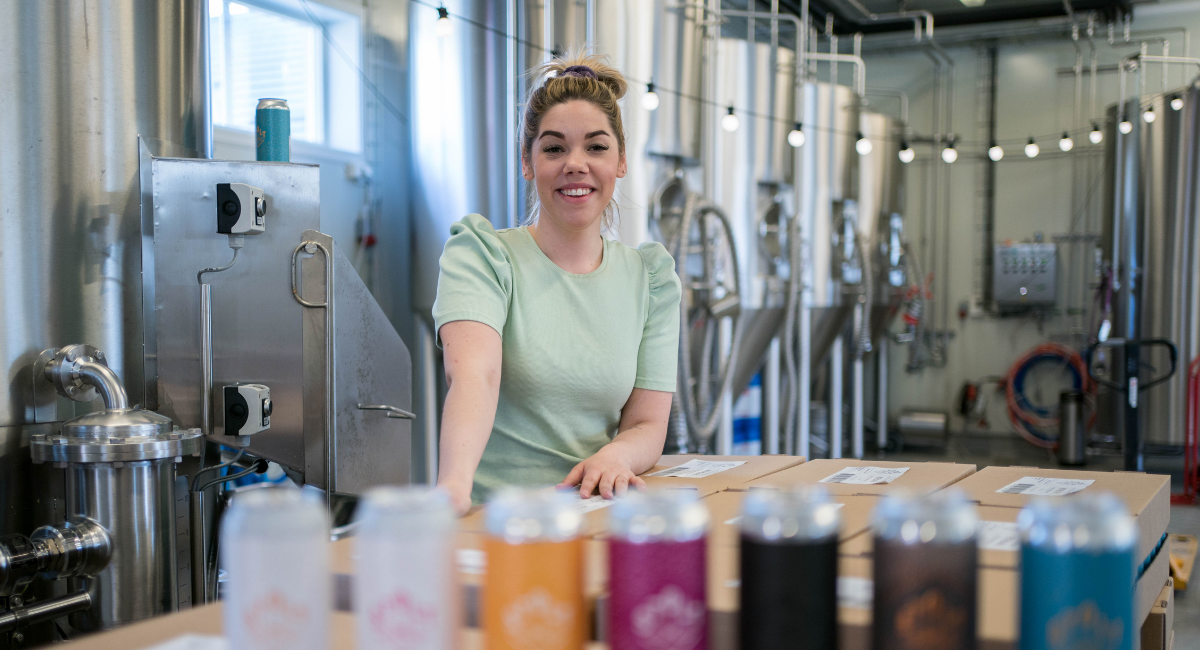 Frida Kronberg, manager at Stolt Brewery, says there are a lot of interesting food- and beverage traditions in the Stjørdal area. Photo: Bjørn Fuldseth

Each farm has its own unique way of making smoky malt beer, and in Stjørdal Brewer's Association they meet once a year and taste each others' beer. Here she learns a lot about the malt and smoking process, and it's a fun way to hang with the locals.

- We have the same process for our Røyklagt beer at Stolt Brewery, but in a larger scale, she says.

Smoking of the grain for the beer Røyklagt

To brew Røyklagt, the traditional smoky malt beer from Stjørdal, they buy grain from a farmer in Hegra, which is the next town over. All the ingredients for the Røyklagt beer are 100% locally sourced. They collaborate with Klostergården Tautra and use their large smoke house to smoke the malt in.

Klostergården Tautra har their own smoky beer also based on tradition. Alstadberger is a beer they have won the Norwegian Specialty Label for.

Inside the smoke house are three wood-fired ovens. The grain is spread across wooden planks with small holes in them. The smoke moves up through the planks and into the grain. Thick smoke covers the room and the grain needs to be watched constantly so that it doesn't burn. 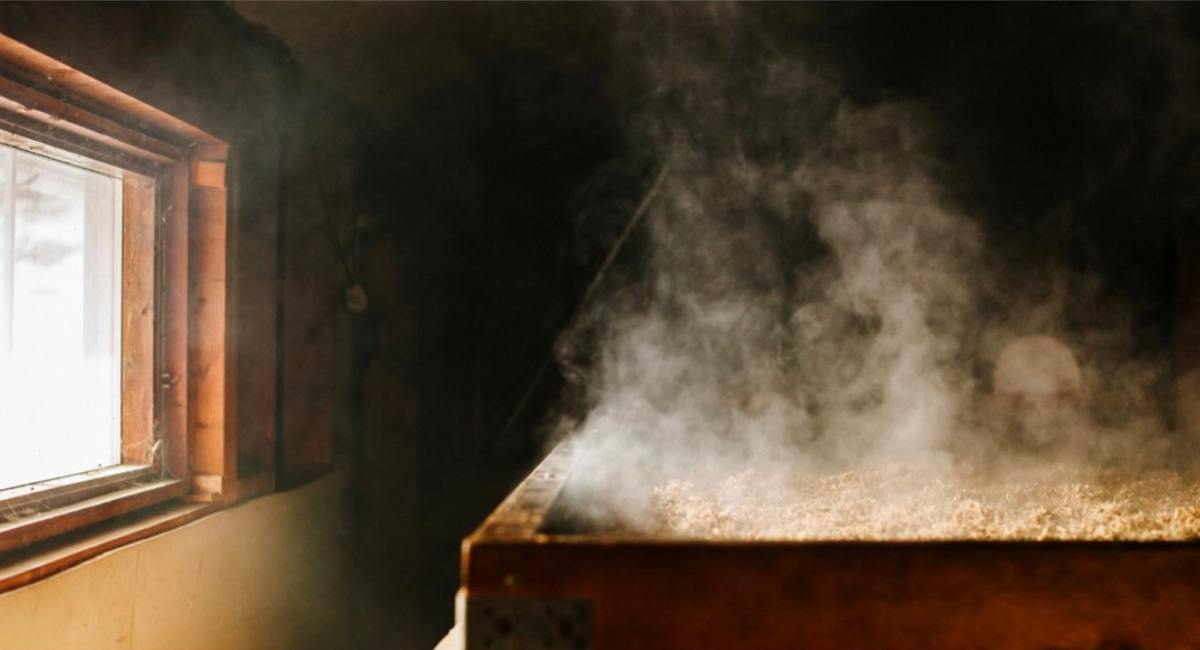 The malt is being smoked at the smoke house in Klostergården Tautra.

They get help from Tyson Weaver of Bonsak Gårdsmalteri to smoke the beer. Bonsak is in Skogn, just a few miles away from Stjørdal, and is one of a few Norwegian artisan malteries based on locally grown barley only. At Stolt Brewery they use malt from Bonsak in many of their other beers.

After the grain has been smoked it gets rinsed and then they brew beer on it. The whole process takes eight days, and the finished product gets more carbonation than traditional malt beer. Tyson Weaver (left) from Bonsak Gårdsmalteri helps out when they smoke the grain. To the right is founder of Stolt Brewery, Mikael Slettedal.

Røyklagt is a beer coming to Trondheim Brewery Festival July 29-31, along with other beers and new beers that are being brewed these days.

- We are looking forward to coming to Trondheim Brewery Festival, we've been talking about it here now for the past six months. We collaborate with several of the other breweries attending the festival, and it's a fun venue for meeting other brewers and a beer-enthusiastic audience. It's also a great venue for showing our beers nationally she says.

Frida Kronberg lived downtown Oslo for 10 years, and it was no small change when she moved to Stjørdal a few years ago.

- I grew up in Norrland in Sweden and I'm used to traditions, so it felt a bit like coming home when I got to Stjørdal. Here they have sodd (a traditional soup with meat balls) and aspic and other food- and beverage traditions that still see the light of day, she laughs.

Kronberg has an interest for flavor, and says she's still in the explorative phase of all the local producers in the region of Trøndelag.

- Trøndelag has surprised me, people put great care into their local ingredients and products, and it shows. The quality is great. It's fascinating that there are so many local food- and beverage producers. Here they even have a raspberry farmer, I didn't know that was a thing? she says and smiles.