It’s busy days at E.C. Dahls Brewery in Trondheim. After Covid put the brewing of beer on a bit of a pause for a while, the tanks are up and running at full capacity. Brewmaster Wolfgang Lindell is going between meetings, overseeing the brewery and making plans for new beers. He sits down for a chat about the recent gold medal for Kong Vinter in the prestigious international beer competition held outside of Munich in Germany.

-We actually introduced Kong Vinter last winter, so this year is the second winter we’re having it. We like it. It sold out last year, and this year we’re already sold out from the warehouse. I’ll have to go to the bar or 'Polet' now to buy it, says Lindell and laughs. 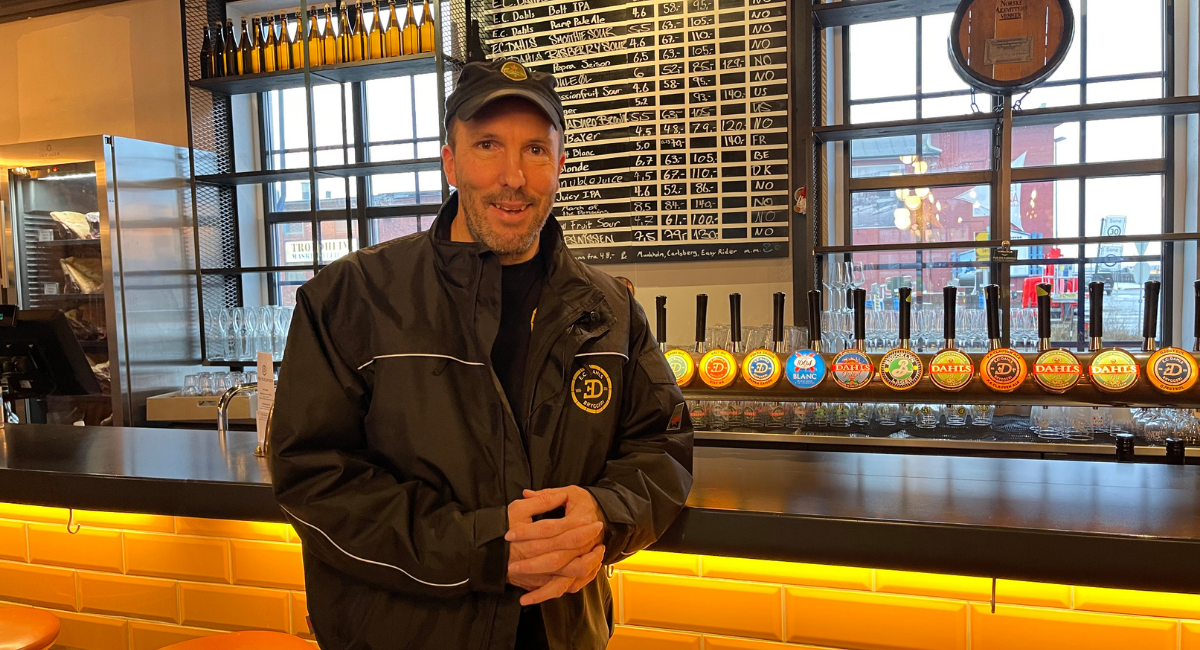 The story of Kong Vinter really starts with the malt. Even before the malt it starts with the story of the terroir of Trøndelag, this region in the middle of Norway that lends itself to fertile grounds, pristine waters and beer traditions dating back to the Viking era.

Trøndelag is now one of the regions with the most home brewers per capita in the world. Especially the region of Stjørdal, half an hour north of Trondheim, is active. Here every farmer has a malt house on the property.

So the malt. An up-and-coming star in the production of local malt, is Bonsak Gårdsmalteri in Skogn, about an hour’s drive north of the city of Trondheim.

- We first met Tyson of Bonsak when he was setting up his malthouse back in 2017. He invited all the local breweries up to his farm in Skogn. We had a nice dinner, and he showed us the fields where he was growing the grains, says Lindell.

- Before we made Kong Vinter last winter we asked ourselves what kind of dark beer we wanted to brew. We didn’t want to make another Belgian style, so we settled on what we call a winter lager. It’s actually a dunkler bock, or a dark bock, says Lindell.

E.C. Dahls Brewery in Trondheim has 27 tons of malt coming in on trucks every week from Europe. That amount of malt just isn’t available in Norway. Craft malt costs a lot more; it is locally grown and made by hand, but for a limited edition winter beer Lindell and the team were clear; they wanted to use local malt made by Bonsak.

They went over to Brew Shop in Trondheim to sample the malt varieties Bonsak has, smelling and tasting the malt. In the end they picked the four malt varieties they liked the most.

Anyone can buy Bonsak-malt at Brew Shop, one of Scandinavia’s largest home brew supply stores. Bonsak has 14 varieties of malt for sale in the store, from Wallonia Farmhouse and Fairytale Ale, to Hopshiner Pale and Special N and more.

They ordered directly from Bonsak Malthouse in Skogn. They got it fresh, only two weeks after production. The freshness provided enhanced flavors, which was a top priority in brewing this beer.

-Having the ability to connect directly with the producer of our raw materials is rather unique in our industry. Kong Vinter is 100% made from Bonsak-malt. This beer is really made from the Trøndelag terroir, says Lindell.

Tyson Weaver of Bonsak Gårdsmalteri thinks it's great that a beer brewed with their malt exclusively goes all the way to the top in the bock category at European Beer Star Awards.

- It's really cool to supply our malt to E.C. Dahls. They have long and big traditions here in Trøndelag, and sit deep in the heart of many. That E.C. Dahls with our malt managed to beat the Germans on their own hometurf, that have been doing this style for several hundred years, is just amazing. It shows that the usage of Norwegian raw materials has earned its place in global beer industry, says Weaver.

Kong Vinter is the flavor of 'trøndersk' terroir

- The flavor of the malt comes from Trøndelag. The sun here is shining on the barley, it’s been malted there, the water comes from Jonsvatnet not far away, it is brewed here in Trondheim using the E.C. Dahls yeast, which is the same strain we’ve been using for over 75 years. It is really a ‘trøndersk’ beer. Even the label design is made by a local business, Lindell says.

Kong Vinter is a malt-forward beer, which means you really taste the malt. For an IPA, for example, you would taste the hops, and the malt would take more of a backseat.  The main flavor of the beer comes from the varieties of malt they’ve used.

- Dunkler Bock should be all about the malt. There is some caramel also, but not overwhelmingly much. First you taste the malt, then sweet, then balanced hops, then bitterness. It’s a well balanced beer at 7%. 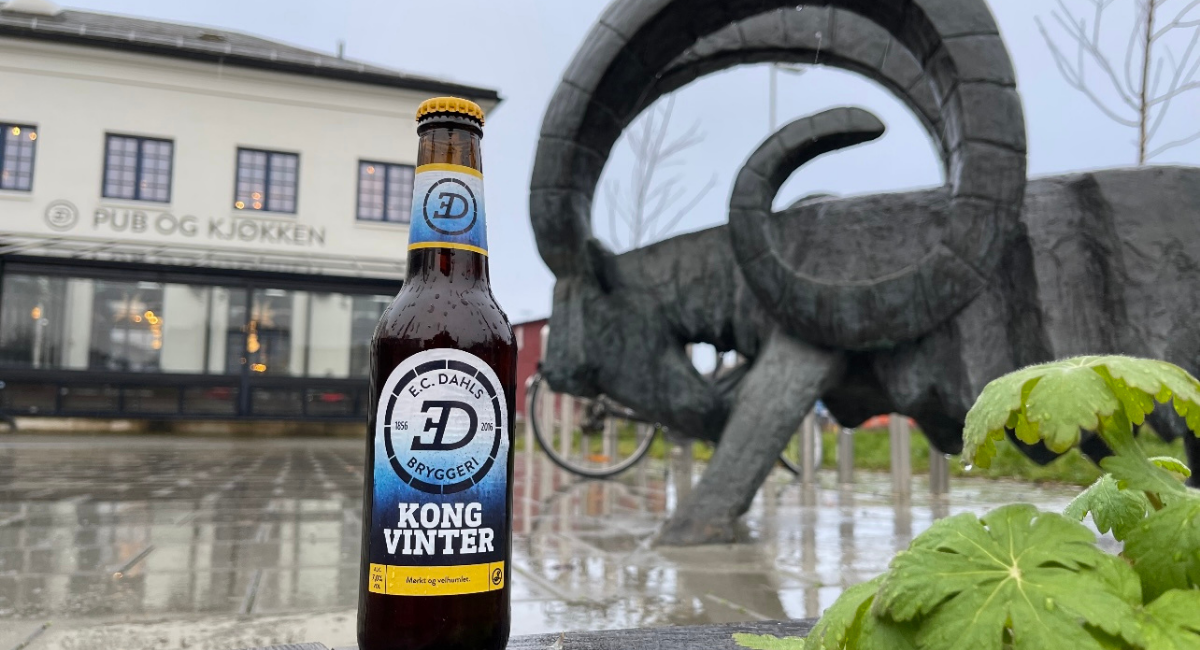 Kong Vinter is a dark bock. Bock means stag in German. Bock is a beer with long brewing traditions in Germany.

So they thought it would be fun to enter the beer into The European Beer Star Awards this year.

The tasting is done as a blind tasting by over 70 international master brewers, beer sommeliers and trade journalists over the course of two days. The beers need to be true and authentic to their category. Over 2400 beers were submitted in 71 different categories, and there are only three winners per category; gold, silver and bronze.

Wolfgang Lindell and the team at E.C. Dahls were thrilled to receive the news of the gold medal. In January they’ll get the notes from the competition and will be able to find out what the experts had to say.

- It’s been a tough year because of Covid, and it’s nice to be recognized, that people like our beer. It’s really the textbook of a beer when you win in that category. Bock is a common beer style in Germany; every brewery makes a bock. In this competition 70 medals went to Germany out of 200, and 30 to Belgium, and yet we won over those with our Kong Vinter, so yes, we’re really happy, he says.

During the competition in Germany there was even talk of a ‘Scandinavian Royal Flush’, because never before had gold medals been awarded to Norway, Sweden, Denmark and Finland all at once:

‘But even in the 18th year of its existence, there are still surprises at the European  Beer Star. For the first time in the history of the     beer competition, the Scandinavian  countries of Norway, Sweden, Finland and Denmark each won a Gold Award at the  same time. Gold in category "German Style Dunkler Bock" went to E.C. Dahls  Bryggeri from Norway, while the prize for the best "English-Style Strong Ale" went to  Panimo Honkavuori Oy from Finland. Remmarlöv Gårdsbryggeri from Sweden won  gold in the “Sweet Stout” category and Krenkerup Bryggeri from Denmark brewed the  best “Smoke Beer”.’ 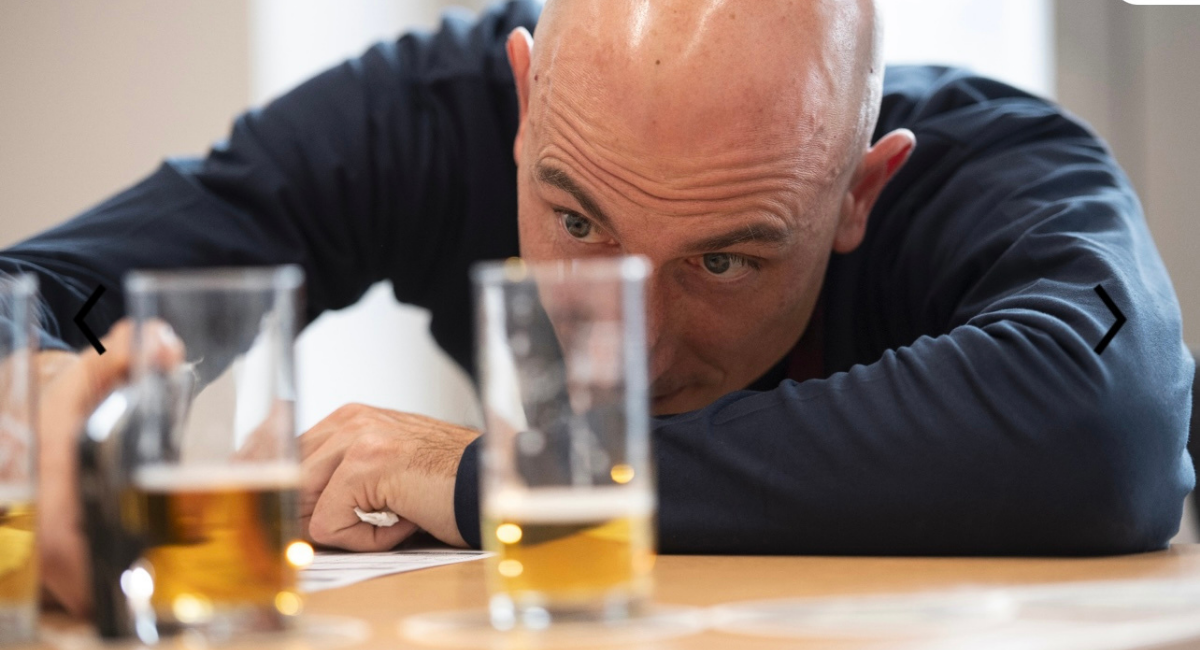 Lindell also points out that this is E.C. Dahls team work at its finest.

- If any part of the chain of production gets broken the beer gets ruined. It’s a whole team effort. It’s like a football team winning champions league; the manager is happy, but you wouldn’t win it without the team. A lot of what I do is managing, he says.

A beer for 'trøndersk' food and long winters

So how would brew master Lindell enjoy Kong Vinter in this dark season up until the holidays and further into the winter months?

- Because this beer is such a flavor or trøndersk local provinence, it makes sense to have it with trøndersk meat. Strongly flavored reindeer, pinnekjøtt of lamb, and it will go nicely with the traditional ‘ribbe’ pork roast, because there is some sweetness in the beer that goes well with the caramelization on the ribbe. It would also go well with some great cheese, for example an English Stilton, he says.

The name Kong Vinter also alludes to winter, and is a mythological fairy tale Norwegians will be well familiar with. ‘King Winter’ is the personification of winter, and is a metaphor for the snow and many winter storms this season brings.

- This beer is about being comfortable, and having ‘hygge’ inside in front of the fireplace. When it’s cold outside but cozy and dark inside, says Lindell with a smile.

- Bock was one of Martin Luther’s favorites, and he liked beer a lot. His wife was a brewmaster, and he writes about having a beer contemplating the kingdom of god. And some Catholics fast from solid food during Lent, “liquid bread” however is allowed and then they drink bock, he says.

- So maybe that’s what I’ll do. Seems like a good winter pastime. Sitting with a beer contemplating god.